A court hearing the case of a police inspector accused of divulging confidential information to a lawyer has been told that the information supposedly leaked consisted of information available on the electoral register.

He is accused of leaking information about an ongoing police investigation into a jailed Dutch scam artist named Julian Hofstra.

He said he had spoken to Assistant Commissioner Alexandra Mamo and Superintendent James Grech after holding a meeting with Grech on 15 January, in which the Superintendent said he had been contacted on his personal mobile phone very often by a Dutch prison inmate, incarcerated in the Netherlands, by the name of Hofstra.

Hofstra had called Grech on his personal number and had harassed him, said the Assistant Commissioner.

“During these conversations, Hofstra asked why two Maltese lawyers had visited him in prison in Holland and had shown him a police document containing his personal information. These lawyers were Dr Gianluca Caruana Curran and Dr. Charles Mercieca.”

Superintendent Grech then ordered an audit of the IT system containing such data.

The audit discovered that on January 4 at precisely 2:44pm, Taliana had accessed the man’s records from a computer at the Birkirkara police station, the court was told.

Caruana Curran and Mercieca went to the Netherlands on January 10 this year and met Hofstra two days later, testified the Assistant Commissioner.

“Coincidentally, the information was given by Inspector Elton Taliana to Mercieca just before they left for Holland,” Gatt said.

Mobile records showed that Taliana had contacted Caruana Curran twice – in 2010 and 2012. He had contacted Mercieca more recently, in December 2020. On 15 January, the order was given to preserve the computers at the Birkirkara police station as there was an investigation underway. The PCs were taken into evidence and labelled according to the user.

Later that evening, a warrant of arrest was issued by Magistrate Yana Micallef Stafrace. Taliana was arrested at home and his mobile phone seized by the police.

He was interrogated about computer misuse, said the Assistant Commissioner, adding that Taliana had refused to speak to a lawyer before and during his interrogation.

AC Gatt testified about ongoing police investigations, which the court prohibited the media from reporting on.

Taliana was approached by Mercieca for information relating to a client of his, with Mercieca claiming that he was no longer going to represent him, said the AC. Mercieca allegedly offered information and asked about Hofstra. Taliana replied that he had no access to system.

Later, Taliana accessed the police database and brought up Hofstra’s info. Taliana took a photo of the screen with his phone and sent it by WhatsApp to Mercieca. During his interrogation, Taliana had insisted that this was just to get more information on a related case.

“The allegation is that the information left the police computer and ended up, via Mercieca, in Holland.”

Quoting from mobile chats between the two, the Assistant Commissioner said Taliana had asked Mercieca to arrange an appointment for a female friend of his with Mercieca’s father, who is an ophthalmologist.

Julian Hofstra’s name and passport number was divulged in the conversation, the court was told. Mercieca later informed Taliana that he had succeeded in making the appointment with his father.

Mercieca was also arrested as part of the investigation and had chosen not to answer any questions. He was present in the courtroom today.

On his part, Taliana had confirmed that he had communicated with the lawyer but claimed that his intention was always to gather information. Mercieca had promised Taliana more information, explained the AC.

In cross-examination, lawyer Arthur Azzopardi asked if the police had verified the receipt issued to the woman at the ophthalmologist clinic. They had not, replied the witness.

Azzopardi asked about the various sections of the police CDB (citizens database). “Not everyone has security clearance [for all the sections]” said the AC.

The database contained details relating to individuals gathered from Identity Malta, he added. “So Hofstra applied for an ID card,” Azzopardi remarked. “From your investigations how did his details end up in the citizens database?”

“It is not my area of concern,” replied the Assistant Commissioner.

Azzopardi then asked whether the secret allegedly revealed by Taliana were the Hofstra’s personal details. “Yes,” said the AC. “His name, address, telephone number, place of birth.”

Taliana was seen to smile at this point.

“So you said the secret divulged consisted of these details which are property of the police force?” the lawyer went on.

“They aren’t supposed to pass these details on to others,” replied Gatt.

Azzopardi changed tack. “How long have you been in the police force, 33 years? 33 good years. Am I correct in saying that there is no manual on how to handle or recruit informers?”

“I believe there was a circular a long time ago…” began the Assistant Commissioner.

Azzopardi went on to point out that when writing affidavits, the details of all the witnesses and the complainant are visible and would be presented in court.

Azzopardi asks if such an affidavit would be handed to the person accused. “I don’t know,” replied Gatt.

“If I were to tell you that the law requires this to be shown to the accused who has 15 days to reply…” stated the lawyer.

“I couldn’t say. I have been out of this area of police work for a long time.”

Azzopardi confronted the witness with the suggestion that the day after Taliana was spoken to by Gatt, a circular was issued informing the police not to list personal details in affidavits anymore.

The court asked if there was an internal police procedure for the passing on of personal details. This was done through ones’ superiors, Gatt replied. “You can’ t just pass on information. Taliana should not have passed on the information to Mercieca.”

Asked if the information passed on was publicly available or on the electoral register, the witness said he had not checked.

Azzopardi asked if the police were precluded from recruiting lawyers as informers. Was this system regulated, he asked. “I never worked in CID,” replied Gatt, saying that he never had to recruit informers. “It’s not within my area of competence.”

The case continues on 18 May. 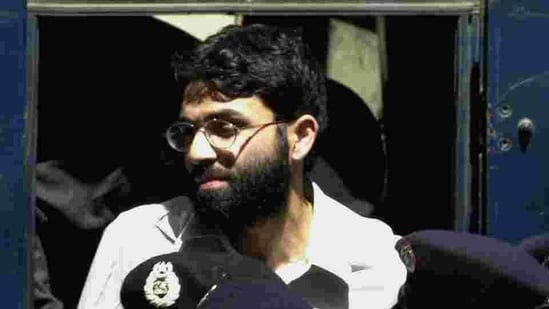