A former high-ranking supervisor at the Orange County District Attorney’s Office was facing accusations of sexual harassment and making racist comments before his sudden departure in December.

The claims, generally precursors to lawsuits, were filed anonymously last month and seek damages for harassment of three women under his supervision since 2019. One of the claimants said Logalbo took a cellphone picture of her buttocks while she was plugging a cord into an outlet and declared that he would save the image for later use. He also is accused of referring to a prosecutor with a Middle Eastern name as a “terrorist.”

All three claims allege that the victims delayed reporting the behavior because Logalbo often invoked his “best friend” status with Spitzer. Logalbo was best man at Spitzer’s wedding 25 years ago and once rented a room from Spitzer, who acknowledged the relationship but stressed they were not “best friends.”

Spitzer said he took action to investigate the allegations as soon as he was aware of them.

“The details of these claims are reprehensible and beyond disturbing,” he wrote in an email to the Orange County Register.

Logalbo was promoted to senior assistant district attorney on Sept. 29, effective Nov. 13. Shortly afterward, the allegations against him began to surface. He resigned abruptly on Dec. 11.

According to the claims, Logalbo often surprised women subordinates by sneaking up on them and pressing a cold soda can against their bare backs or necks. He once threatened to “spank” another female lawyer and repeatedly knocked on the women’s closed office doors, asking if they were naked.

One claimant alleged Logalbo adjusted the back label on her sports bra while she prepared for an afternoon workout. He tried to do it again later, according to her claim, but she moved away. Another time, he allegedly announced to a subordinate that he would wear her panties on his head, “like a hat,” said her claim.

The documents, filed by former homicide prosecutor-turned-private attorney Matt Murphy, say other high-level prosecutors witnessed some of the harassment, but said nothing. Murphy chided Spitzer in one claim for putting Logalbo in charge of young, female deputy district attorneys. One of the claimants is still under probation.

“The claimant (Jane Doe 1) was subject to pervasive, unwanted and increasingly brazen sexual harassment by her immediate supervisor, who was the district attorney’s best friend,” said one of the claims.

Spitzer told the Register that he acted as soon as he knew there was something wrong. He provided a timeline that showed his office took action based on a comment made by a probationary employee who was terminated Nov. 4 for unrelated reasons.

Spitzer said he ordered a preliminary investigation by his office’s human resources office and tried to notify the county’s Equal Employment Opportunity Access program. However, it took two weeks for the EEO to respond.

The DA’s preliminary review went forward while Logalbo was on a preplanned vacation from Nov. 17 through Nov. 30. When he returned to the office on Dec. 1, Logalbo was working at the D.A.’s headquarters in Santa Ana and was not directly supervising any staff, Spitzer said.

As a result of the district attorney’s initial review, Logalbo was placed on paid leave on Dec. 11, but he resigned the same day.

“I never personally witnessed the alleged behavior or anything similar during my interactions with this former employee nor was I ever told of any such behavior,” Spitzer wrote. “Had I been aware of these allegations earlier, swift and decisive action would have been taken at that point.”

On Nov. 10, the Orange County Attorneys Association sent a letter to the D.A’.s human resources office, saying it had received “disturbing reports” from union members about soon-to-be senior assistant district attorney Logalbo engaging in harassing conduct. Human resources manager Matt Pettit responded that the agency had not received any complaints, formal or informal, against Logalbo from current bargaining unit members. 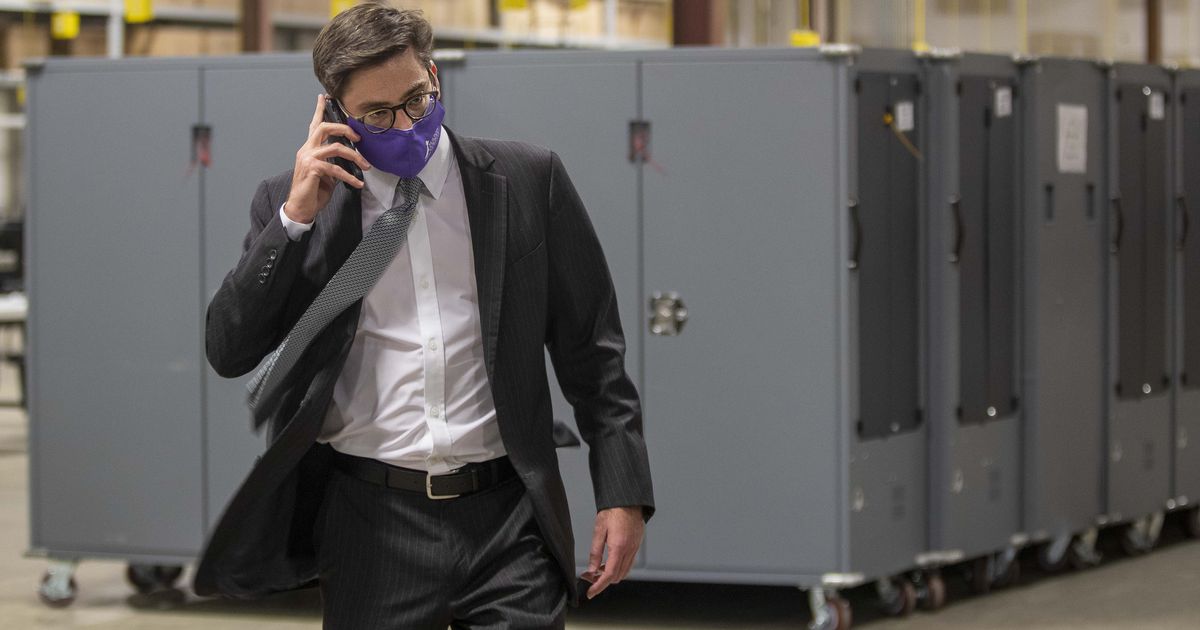