For the U.S. Attorney’s Office in Erie, the damage from Erie City Council President Sonya Arrington’s fraud case extends from her nonprofit to City Hall.

The office is citing Arrington’s public position, as well as her refusal to resign from council following her indictment in 2018, in requesting that a judge sentence her to a prison term within the recommended guidelines.

Arrington wants no more than house arrest in her fraud case, in which she pleaded guilty to embezzling tens of thousands of dollars from her anti-violence nonprofit, including when she was on City Council.

“Arrington’s conduct has reduced the public’s trust and confidence in elected officials at a time when public integrity is sorely needed,” Assistant U.S. Attorney Christian Trabold said in a sentencing memorandum filed on Tuesday. “Her refusal to resign her position as Erie City Council President, knowing full well that she was guilty and had confessed, cast a pall over City Council, undermining that body’s credibility.”

Trabold said Arrington’s refusal to resign added to the harm she caused the public’s trust in committing the underlying crime in her case — embezzling $70,000 from her nonprofit, Mothers Against Teen Violence, and using the money to gamble at Presque Isle Downs & Casino and to pay for personal expenses, including a family vacation to Disney World. The fraud occurred from April 2012 to January 2018, Trabold said in the memo.

“As an elected official and charity organizer, Arrington had a heightened duty to be a model of integrity,” Trabold said. “She failed miserably in that duty and is not now entitled to avoid jail as a result.”

Arrington, 53, who pleaded guilty in October, was elected to City Council in 2015 and served as City Council president in 2018, the same year she was indicted. Arrington did not resign after she admitted the embezzlement to the FBI and was indicted.

Arrington left council in January 2020 after she did not seek reelection in 2019, ending her four-year tenure. When she was on council, she solicited donations for MATV from the public and elected officials, including Erie Mayor Joe Schember, who gave her $1,500 in January 2018, four months before Arrington was indicted in April 2018, according to court records. The U.S. Attorney’s Office said Arrington used the $1,500 to pay her personal bills and not for MATV.

“For over six years, Arrington siphoned money out of a charity she ostensibly established to combat teen violence,” Trabold said in his memo. “She used her charity as a personal slush fund to gamble, pay bills and take a vacation. Arrington furthered her scheme after being elected to a seat on Erie City Council by using her trusted position as a Council Member and ultimately Council President to solicit donations which were going straight into her pocket.

“Arrington’s brazen and unceasing violation of the public’s trust demands a jail sentence within her Sentencing Guideline range.”

Trabold filed his 27-page  memo in response to a Feb. 5 sentencing memo from Arrington’s lawyer, Leonard Ambrose. He wants Senior U.S. District Judge David S. Cercone to depart considerably from the sentencing guidelines — 27 to 33 months — and give Arrington probation or house arrest with electronic monitoring. Arrington has been free on an unsecured bond of $10,000.

Ambrose in his 28-page memo said that Arrington’s public service weighs in her favor. He highlighted the initiative she took in forming MATV, and funding anti-violence programs with some of the money, in response to the fatal shooting of her son, Steve Arrington II, 19, in 2010. Arrington’s work on MATV helped propel her to a City Council seat.

Trabold in his memo discounted the importance of the letters. He said the letters and the tragic circumstances around which Arrington founded MATV failed to separate her case from other white-collar prosecutions and “do not change or mitigate her protracted violation of the public trust.”

“Letters of support do not justify a significant downward variance in this case. Most white-collar defendants submit letters of support,” Trabold said in the memo. “It is not surprising that Arrington, as a former President of Erie City Council, has submitted such letters.”

Arrington in October pleaded guilty to one count of wire fraud, covering the entire period of the embezzlement, and to a count pertaining to false writing.

A tip from a bank employee launched the probe that led the FBI to investigate Arrington. The bank employee had reported that she might have been “engaged in financial irregularities” based on the use of MATV’s funds, according to the U.S. Attorney’s Office.

In his sentencing memo, Trabold said Arrington on 113 occasions, from April 2012 through January 2018, used the MATV debit card to withdraw MATV funds from the ATM machine located at Presque Isle Downs & Casino. He asked Judge Cercone to consider the extent of the financial fraud over any consideration of how a prison term might affect Arrington.

“The breach of the public trust is still the same regardless of the impact of the conviction on Arrington,” Trabold said in his memo. “She did not steal so she could pay unexpected medical bills or relieve another’s suffering.

“She took part in the scheme to gamble, pay bills and maintain her lifestyle. That is just plain, old fashioned greed not worthy of a downward variance. Arrington did not hesitate to loot her charity and showed little concern for those donating to her charity and the public at large.” 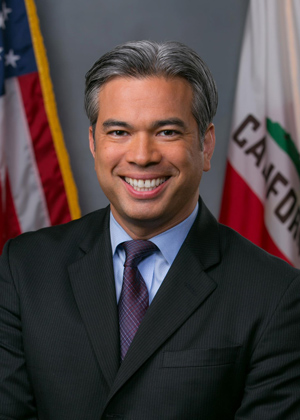